Better health is central to human happiness and wellbeing, it also makes an important contribution to economic progress, as healthy populations live longer, are more productive and save more. Many factors influence health status and country’s ability to provide quality health services for its people. Health department deals with ensuring health and social well being of the community in the council and maintained all the time through provision of high quality, accessible and affordable services. The department has a duty to make sure it provides better services to the population groups of: Women of child bearing age who are 27,421, under five years’ old children who are 13,767 and the infants who are 3,495. The Compressive Council Health Plan (CCHP) for financial year 2015/2016, was prepared in the way it address the Policy and guidelines objectives related to National Health Policy (2007), Primary Health Services Development Program, Millennium Development Goals, Government Vision 2025, National Strategy for Growth and Reduction of Poverty, The National Essential Health Package (2000), the Burden of diseases nationally and locally and “Mpango wa Maendeleo wa Afya ya Msingi” (MMAM) program 2007-2017 and the Big Result Now (BRN) for health sector. All sources of health funds including donations in funds and in kind have been included.

The department aims at improving health and social welfare delivery system in the district by using all resources available efficiently and equitably. Also to ensure that health services delivered are of good quality, accessible and available at an affordable cost. Moreover it will ensure that individuals and families are empowered, hence be responsible and participate fully in their health and social welfare issues. The Council has a total of 27 health facilities among which 1 is a health centre and 26 dispensaries. Among of them 3 Faith Based Organizations (FBOs) while 23 are of public owned. There are 52 houses for health workers. There are 3 Dispensaries, 1 health centers 1 Reproductive and Child Health (RCH) building are in different stages of construction.

The number of health service providers of different cadres at all levels who are available is 275 while the required number as per standard establishment is 405 which make a gap of 130 equivalent to 32%.

However in financial year 2014/15 Njombe District Council has been given an employment permit to employ 77 staff of different cadre and so far 54 staff had been employed. The core function of the health department includes:

In health care provision there are several ways and different antigens for preventing different diseases. Among of it is vaccination that has different antigens that are responsible to prevent different diseases for a living human being/animal. In this area vaccination coverage on preventive was at different level where Oral Polio Vaccine (OPV3) was at 97%, Measles at 86%, Basilar Calmat Gruel (BCG) at 99%, Diphtheria and Petusis Tetanus and Hepatitis B (DPTHetB) at 98% Vitamin A supplementation increased from 95% to 109% and TT was at 5.6%. Other preventive services were done through Health Education to the community through media, leaflets, fryers, posters and several sessions for behavior change.

In medical field there are different substances used to cure/eliminate infection to human being or an animal, treatment was carried out in Out Patient Department (OPD) and in Patient Department (IPD. Supportive Supervision coverage maintained at 90%, Moreover the Council have completed construction of 1 dispensary (Mambwe) which officially started to operate in March 2014. However construction of 3 dispensaries (Lima Upami and Igombola) is at renta stage, and construction of Labour ward at Lupembe Health Centre is at superstructure stage and RCH building at Kidegembye dispensary is at renter stage. Despite the achievement which has been mentioned above, the council faced the following primary, secondary and managerial problems; Primary Health problems includes; high maternal mortality rate 97/100,000, high under five mortality rate (1/1000), high neonatal deaths ranging to 2/1000, high infant deaths by 3/1000, high rate of death due to Malaria in all ages (30.2%), high Case fatality rate due to T.B (3.2%), high number of cases of Non Communicable Disease (NCD) (4%), high prevalence of HIV (14.8%) contributed by low coverage of Care of Treatment Centre (CTC) services (8%), and high incidence of STI (4.5%).

Rehabilitative is a branch of medicine that aims to enhance and restore functional ability and quality of life to those with physical impairments or disability. Current there are no services for rehabilitation provided in the district. Generally, health department through its HFs has been undertaking several initiatives to reduce deferent community health burden by using available resources. Maternal death reduced from 3(140/100000) in 2013 to 2 (97/100,000) the same to neonatal deaths decreased from 3/1000 to 2/1000, 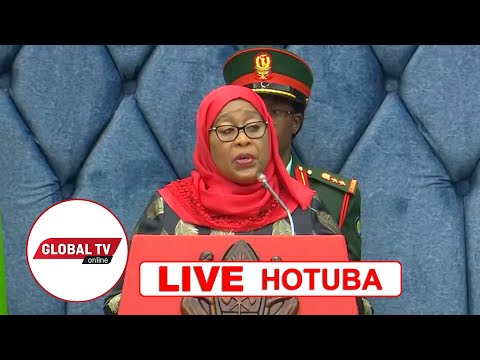